Beauty And The Beast Leather Outfits And Jackets 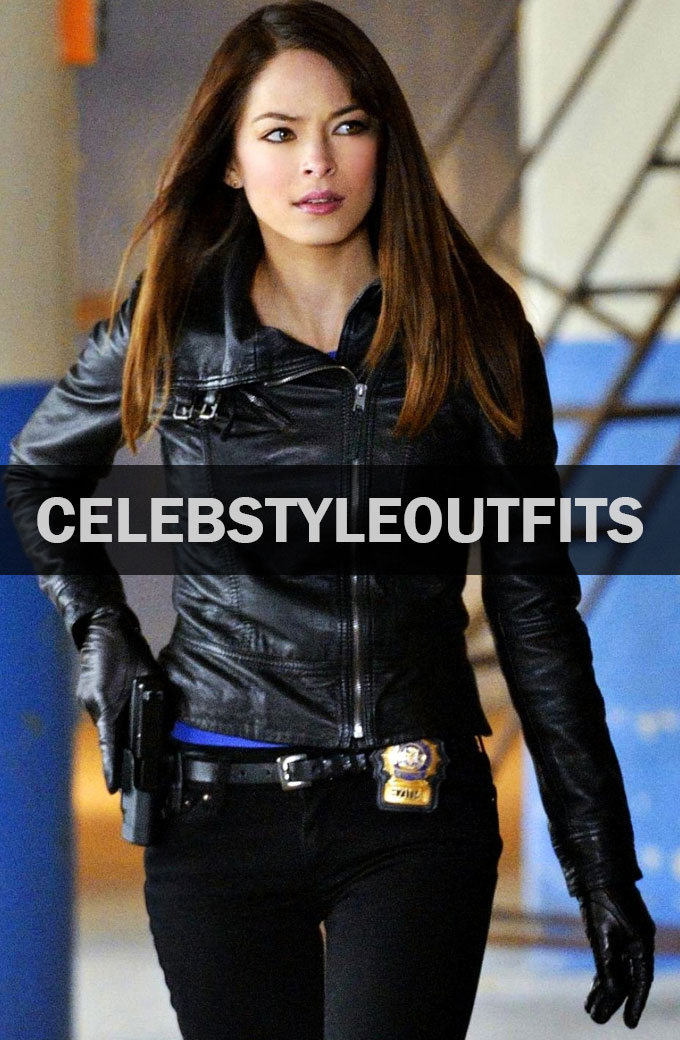 Beauty & the Beast is a Canadian-American science fantasy police procedural television sequel invented by Sherri Cooper-Landsman and Jennifer Levin, premiered on The CW on October 11, 2012, and ended its run on September 15, 2016. The series revolves around many uniques turns and tragic moments that attract the audience. The main protagonists are Catherine Chandler and Vincent Keller. The story tells that Catherine Chandler is a detective for NYPD, and she suffered a tragic past of her mother's murder while she was about to be killed as well, but someone or something saved her life.

It stars many versatile actors and actresses who have been the center of attention for their entertainment and acting skills. Kristin Kreuk, Jay Ryan, Nina Lisandrello, Nicole Gale Anderson, and many other prominent celebrities have done a marvelous job making this tv series more interesting. There are times when you start loving the plot line by watching just your favorite celebrities. It has received multiple People's Choice Awards for being the Favorite New TV Drama and Favorite Sci-Fi/Fantasy TV Show. However, while it was airing from the first episode, the critics were offensive and rated it unsatisfactorily. But that doesn't matter. Beauty And The Beast tv show was able to secure multiple People's Choice still under those circumstances.

Celeb Style Outfits is scornful to announce that we are indulging the fantastic merch of the Beauty And The Beast TV Series in our online store in entertaining the fans and followers of the tv series, the characters, and the artists involved in the tv show. Beauty And The Beast TV Show Merchandise contains many cool-looking leather jackets, cotton jackets, leather coats, and different designer jackets that are an inspiration from the clothing used by the characters in the tv show. We've been offering our leather jacket products for the past ten years, and we have found that what customers really like about us is that we're providing the best quality present anywhere but at lesser and more affordable prices.

The sole purpose of adding the Beauty And The Beast TV Show Jackets catalog to our wardrobe is to notify every fashion fanatic and others that this tv show contains some of the chicest outerwear that will make anyone look dope. The vibing radiant colors and the top-notch designs are one of the features that make everyone buy their favorite apparel from our store. Our delivery time can be defined as the speed of light. We use express shipping that delivers the products in no time.

If we talk about the character of Catherine Chandler, the main protagonist of the TV show, then she is the kindest, most compassionate, and selfless human being who has a great love for others and truly wants to help everyone out with their difficulties as she too had the worst past of witnessing her mother's death right in front of her eyes. We have many requests for the clothing style, explicitly talking about leather jackets and outerwear. Beauty And The Beast Kristin Kreuk Black/Red Leather Jacket and Beauty and the Beast S2 Catherine Chandler Leather Jacket have been in demand for quite a long time and are attracted by almost all the females that see them once. In short, we have all the unique and desired outfits from Beauty And The Beast TV Series Jackets.

The other male main protagonist of the show, the BEAST itself, namely Vincent Keller. He is an ex-military officer who has been injected with a super serum that created him into a faster, stronger, and better form of human being, but when his adrenaline goes too high, he turns into a beast-like creature having no control over his aggression. The science and fiction of the TV series are pretty overrated, but yes, if people like it, then it's okay and good to go. Since he is the primary personality of the show, that's why he had got admirers who love to identicate his style and dress up like he did in the tv show. Our collection of Beauty And The Beast Jackets includes many of his fabulous leather jackets that could make you want it so badly, including the Beauty and The Beast Vincent Keller Leather Jacket and also the one that is high in demand right now in the stores' Beauty And The Beast Jay Ryan Blue Cotton Jacket.

Other than these two, there are many other characters in the show, those who have shocked the audience with their sense of styling and the lifestyle they pursued in the past. The love for the characters between the fans is immortal, and they can do anything to make sure they are showing it off ultimately. That's why CelebStyleOutfits doesn't back off and keeps providing the best quality and exceptionally designed outfits to their customers to thoroughly enjoy themselves.

So without wasting any more time searching for the best outfits from Beauty And The Beast TV Show Merchandise, get your own favorite jacket from CELEBSTYLEOUTFITS.COM the main thing about our store is that we are offering our customers the free shipping worldwide facility in a very affordable price that one could not ignore or deny having.