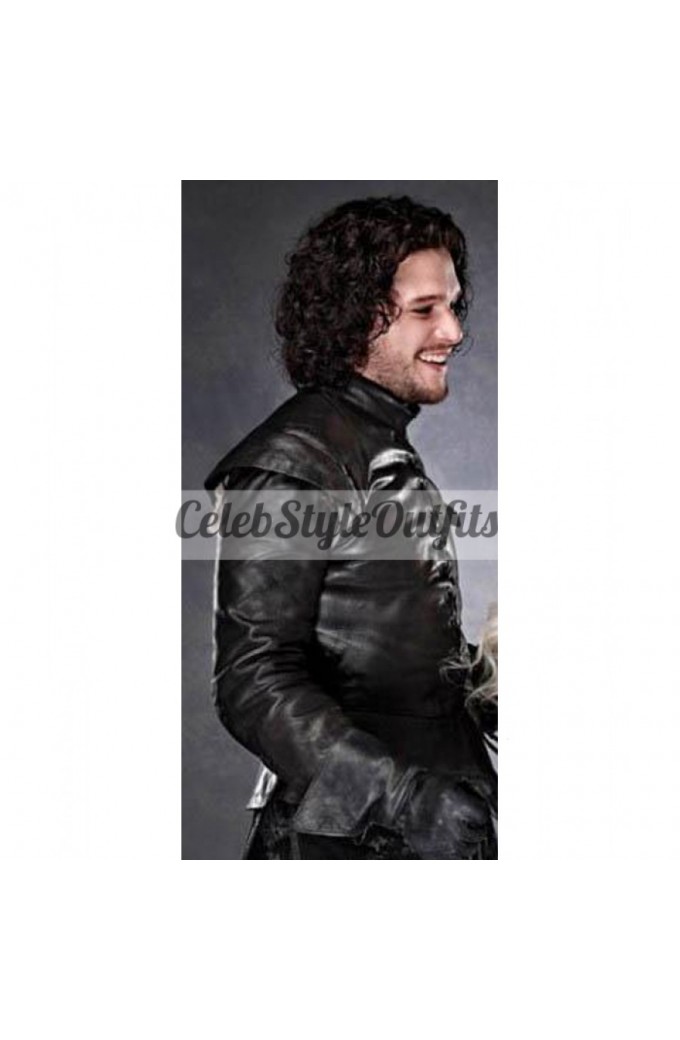 Game of Thrones is one of those hit American fantasy television series that has grasped wide audience attention from all over the world and is continuously going on top of the charts starting its first season. The series has broken all the older records of the earlier television series because of its intrinsic storyline and meticulous screenplay, which has been cinematized in a very indifferent manner, which is the reason for its wide success all across the globe. Game Of Thrones is a sequel to the famous R Matin series of fantasy novels get to revolve around the web of seven kingdoms altogether.

It is one of the most popular TV series that has attracted many followers. CelebStyleOutfits offers an appealing collection of Game of Thrones clothing so that you can avail yourself according to your choice. The apparel seems impressive, and you will love to attire on special occasions. We have a lot of various fascinating styles, textures, design bomber and leather jackets which can be worn at all festivals, occasions and events.

All the outfits are made with top-quality leather material and riveting fabrication that gives them shrewd astute outlooks and makes your appeal dominantly bright among all in the party. So make your appearance indifferently voguish from the rest by taking on the meticulous compilation of GOT's most wanted apparel exceptionally crafted with exact tailoring and fashioning that will give you high enchanted looks of the real on-screen character.

Game of Thrones Alfie Allen Costume Leather Jacket is one of the best findings in the Game Of Thrones Leather Jackets Merchandise, The material of this outfit is Leather with an internal viscose lining that is soft and comfortable for wearing. It has Round Neckline and collarless, front laces style closure that looks eyecatching. Game Of Thrones Arya Stark Brown Leather Jacket, Celeb Style Outfits offers you to avail the most demanding offer of all time, Yes Arya Stark Jacket. Her leather piece is a perfect example of aesthetics and decency.

Game of Thrones Gwendoline Christie Brown Cotton Jacket, Gwendoline Christie played the role of Brienne of Tarth in the TV series Games of Thrones. Brienne is the tallest and one of the mighty women in Game of Thrones, which is why every woman wants to copy her style. This Brienne Of Tarth Costume is one of the most demanding outfits of Brienne Tarth. Game of Thrones Jaime Lannister Trench Costume Coat, This tv show has been an inspirational source of embellished costumes and outfits that will not only give you significantly but also outshine your identity, among others.

CelebStyleOutfits keeps its audience up to date with all the new and upcoming jackets and outfits of different movies and tv series, that could be fantastic or not doesn't matter; we go for the styles and the looks that can bring joy or may be created anyone's vibe to work and live in the world. So buy your favourite Game Of Thrones Leather Jackets Merchandise from CelebStyleOutfits.com and avail of free shipping worldwide.